This summary describes IMCORP’s findings during the dissection and root cause analysis of a substandard joint removed from a system feeding a critical facility.  The IMCORP Factory Grade® technology targeted 7 of 51 joints that had substandard partial discharge (PD) performance per the IEEE 404 standard. Due to cost saving measures, only the worst performing joints were repaired while others with substandard performance were left in service. A dissection of the joints removed during repairs indicated multiple cases of an installation error associated with insufficient mastic at the connector area. A reassessment 10 years later pinpointed one of the same substandard joints, only now significantly deteriorated.

A dissection and root cause analysis of this joint revealed the deterioration was due to the same installation problem. Insufficient application of the void filling mastic left a sharp transition over the conductor connector which the inner black stress control layer could not follow.  Where the tube did not follow the sudden contour, voids were left behind.  Each subsequent layer showed evidence of voids where the material could not follow the contour. Significant voids and stress enhancements in the presence of high voltage stress leads to substandard partial discharge performance, insulation erosion, and eventually causes the insulation system to fail short of the product’s design life. Fortunately, the owner of this critical facility used Factory Grade® assessment technology to monitor and direct precise, proactive maintenance to ensure reliability.

If you have any questions or comments, please feel free to contact us. 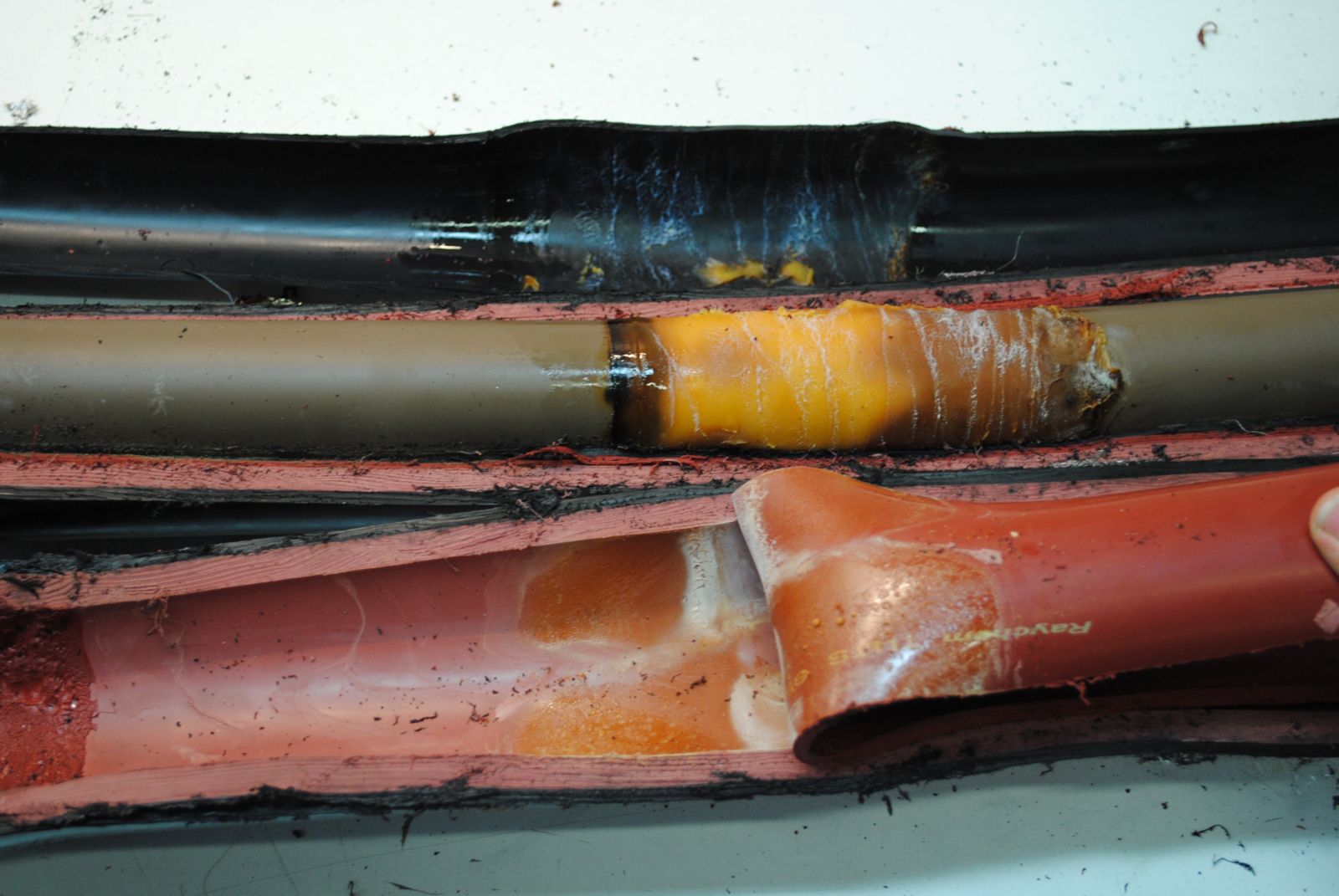 Multi-layer view of heat shrink tubes that show evidence voids and degradation associated with PD activity over the connector area. 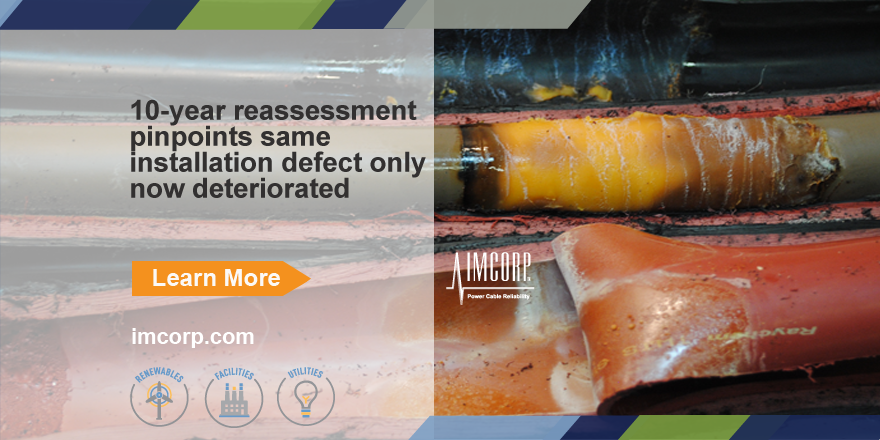 THE STANDARD IN POWER CABLE RELIABILITY